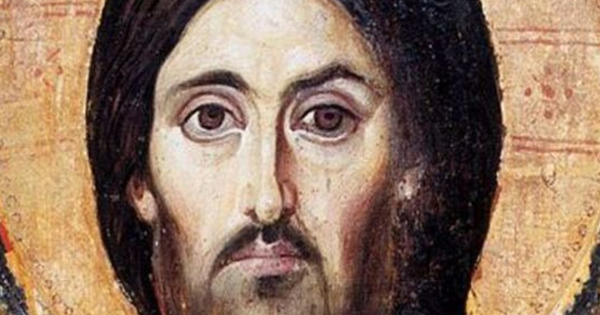 Offered by Father Matthew Dallman, Obl.S.B., for the Parish of Tazewell County on the Twenty-fifth Sunday after Trinity (Twenty-sixth Sunday after Pentecost), 2018.

This pattern of alternating simplicity and complexity replicates in other ways. Coming to the end of our time with Saint Mark (for although this liturgical season has one more Sunday—next week, the celebration of Christ the King that fittingly crowns the liturgical year, this year the second of our eucharistic cycles, the so-called “Year B”—we will pray not with Saint Mark but with Saint John), we soon shift to the third of our three eucharistic cycles—the so-called “Year C” in which the majority of the Gospel passages we hear come from Saint Luke. A is Matthew, B is Mark, and as I said, C is Luke. John is interspersed throughout the three years in different ways.

I saw all of this not to give a lesson in the mechanics of eucharistic lectionary according to the 1979 Book of Common Prayer, but because there is something of all this—call it, transition and disjuncture—that fits with Jesus’s teaching to the disciples that we hear today. We had settled into a more or less continuous rhythm of this season of green—a rhythm of the story of the divinity of Jesus of Nazareth as recounted by Mark. We are moving out of such a rhythm now. And to kick that off, we have these mysterious words from Our Lord—words of transition and disjuncture. He says, “When you see the desolating sacrilege set up where it ought not to be (let the reader understand).” Jesus does not clearly explicate this image, but does clearly indicate that its meaning is already known by the disciples. The meaning is found in a combination of two sources. The first is the reality around Him: the reality of the sacred Temple being under the control both of the Romans and those Jews in cahoots with them and in so doing betraying the true faith of God. The second is the Book of Daniel, where, in verses that follow directly upon the verses we hear today, Daniel has an apocalyptic vision of the “abomination that makes desolate,” here directly recalled by Jesus.

In this image of desolating sacrilege, Daniel was using veiled language to speak about the sacrilegious act in his time whereby the occupying Greek King Antiochus put an image of himself in the Temple. For Jesus, in His reference to this, to add the parenthetical, “Let the reader understand,” emphasizes His reference is both to a written work and that Jesus intends, despite His own veiled reference, a clear critique of the Roman occupation of the Temple.

But Our Lord, ever wise to political realities, knows that this kind of discourse might trip His hearers into thinking He is talking about political revolution, that He is a political not spiritual messiah. There will be tribulation, He says—tribulation as has not been from the beginning of the creation. And that’s the cue for us to immediately see that what is coming is not an act of war and aggression, but an act of God on par with mighty act of creation.

What Jesus is pointing to of course is the coming Paschal Mystery—the total passage from His life to His Passion, Death, Resurrection, and Ascension. And we can reflect with this interpretation—an interpretation of news of salvation not one of news of destruction—because also of Jesus’s reference to Daniel, this time in the verses we hear today. Daniel wrote: “But at that time your people shall be delivered, every one whose name shall be found written in the book. And many of those who sleep in the dust of the earth shall awake, some to everlasting life.” This passage is the first time in all of Scripture that the concept of resurrection from the dead is explicitly mentioned. Jesus pointing to it in His teaching to the disciples would not have been recognized for what it was until after the Paschal Mystery happened and began to work upon the early Church through the process known as mystagogy: being led in prayer into the mysteries of Christ. And in such a process of mystagogy, the angels are like curators in a museum—walking with those in prayer, gentle revealing the mysteries of Christ bit by bit, layer by layer, as the people can bear it. This is the significance of Daniel saying, “At that time shall arise Michael, the great prince who has charge of your people.” It is only by the ministry of the archangels—Michael, Gabriel, and Raphael—that the mysteries of God are apprehended.

Just before our passage from Saint Mark, in verse eight of the thirteenth chapter, we hear Jesus say, “These are the beginnings of the labor pains.” Labor, as we all know—some of us more immediately than others—is a time of pain and of profound difficulty. But let the image of a new baby at the other end of the process inspire us to labor on. That as we soon begin to reflect on how the Holy Spirit overshadowed the Holy Virgin-Mother of our Lord, and caused her to conceive by a miraculous and mysterious manner, that also the Holy Spirit will overshadow our souls, and enlighten our spirit, that we too may conceive the holy Jesus in our hearts.