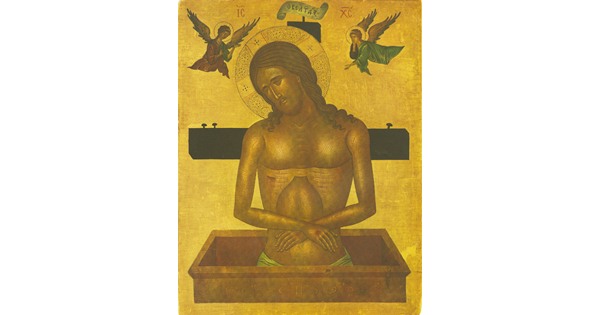 True contrition requires an examination of conscience. But how does one make this examination? It is as simple as beginning with this: Think of yourself as God’s child and of the loss which results from being separated from your loving Father.

Do not be in a hurry, and do not vex yourself because you cannot remember everything. Be honest with God and with yourself; this is all God asks of you.

Write down briefly what you remember of your sins. Do not try to depend on memory. Do not fret about your sins. Remember, you are trying to recall them in order that you may be forgiven, not that you may be condemned. “A broken and contrite heart, O Lord, shall thou not despise.”

If you are making your first Confession, it is, of course, nearly impossible to recall everything right back to your childhood. One way to prepare for a first Confession is to divide your life into sections—childhood, school, after school, and so on. Simply list those sins you do remember and give some indication of their frequency. Remember that for these to have been sins, you must have known at he time they were sinful. Below are described the Capital Sins, which are the pattern of all sins.

It is a good idea to have some plan in your life about how often you are going to receive the Sacrament of Reconciliation. This will depend upon you and your personality. Frequent Confession is not necessarily more “spiritual” than infrequent Confession. Once a year might be too seldom, and it can be difficult to examine conscience over such a long period of time. Before Easter and before Christmas might be a better minimum to strive for. Others might be better off receiving the Sacrament of Reconciliation monthly. But if you are a scrupulous type—that is, one who tends to fret and stew over every little fault and failure, you ought to make a Confession less often, strange as it may seem to you. This is a wonderful matter about which to seek the advice of your Priest.

The Capital Sins (often called “Deadly”) are sins against creation. It is by our misuse of creation, or creatures, that we sin against God. Here, it is important to define “creatures” in a very broad way. “Creatures” are the people we meet, animals, insects, and all physical things of the world both animate and inanimate. “Creatures” also includes the condition of our body, the thoughts and feelings we have—everything, in other words, that is part of the Providence of God. Everything we can think of is in some sense a creature.

God is the maker of heaven and earth, of all that is, seen and unseen. Our relationship with God is mediated by (or “by means of”) creatures. To say that we sin against creation is to speak practically: against the actual creative process, which is of God and His Providence. God has made all things and filled them with His blessing. He is present everywhere, and if He chooses, any creature whether great or small can reveal His glory, His love, and His wonder. Here is a summary of the seven patterns of sin against creation.

PRIDE is the denial of the fact of creation. It is the denial that we are creatures, which also denies that God, being God, has created us. Pride denies the basic order of reality, and puts ourselves in the place of God as the center and objective of our life. Pride refuses to recognize our dependence upon God for everything. Pride refuses to trust God. Pride has three common variations, or “children”:

ENVY is the denial that each creature, including oneself, has a unique, God-given vocation. Such as: someone is successful, and rather than rejoicing, we feel envious. This is because, at root, we denying that person has a vocation to follow. It is expressed as jealousy, which includes pleasure at others’ difficulties or distress: belittling others. It is also expressed as malice, or ill-will, false accusations, slander, backbiting, and reading false motives into others’ behavior. Also as contempt, which is scorn of another’s virtue, ability, shortcomings, or failings, and as prejudice against those we consider inferior.

ANGER is the denial that God demands harmony with creatures. When we allow anger to manifest against a person, we in effect deny Christ’s presence in that person, because if we accepted His presence we would keep harmony with that person. (It should be added that a certain kind of anger is not sinful: “righteous indignation” is justified when God is not being given glory, such as when Jesus turned over the tables of the money-changers in the Temple.) Anger is expressed as resentment, which is the refusal to discern or fulfill God’s vocation. It manifests as pugnacity, which is actual attack upon another, but also the nursing of grudges, as well as quarrelsomeness, bickering, contradiction, nagging, rudeness, or snubbing. Anger also manifests as retaliation, which is vengeance for wrongs real or imagined, as well as being unwilling to pray for enemies, and spoiling others’ pleasure by uncooperativeness or disdain.

COVETOUSNESS is the denial that all creatures have an ultimate purpose and integrity. This is usually expressed in an inordinate accumulation of material things; in the use of other persons for our personal advantage; or in the quest for status, power or security at their expense. This is also expressed as putting self or family first, before God. Covetousness can be seen as penuriousness, the undue protection of wealth and the refusal to support or help those who have a claim on us. Or as stinginess, the failure to give due proportion of our income to Church and charity, or of our time and energy to good works.

GLUTTONY is the denial of proper use of, and respect for, creatures. It is often expressed by overindulgence of natural appetites for food and drink, and by extension the inordinate quest for pleasure or comfort. It also manifests as lack of discipline and not getting sufficient rest, recreation, exercise, or wholesome nourishment. In seeking comfort inordinately, gluttony is expressed as condemnation of some material things or pleasures as evil in themselves, attempting to prohibit their use rather than their abuse.

LUST is the denial of respect to creative, godly process active within creatures. It is expressed in the misuse of the body for personal gratification, debasing it from the holy purpose for which God has given it to us. It is also expressed through unchastity and unfaithfulness to one’s spouse. Lust also manifests as deliberate infliction of pain, mental or physical, on people as well as upon animals.

SLOTH is the denial of beauty in creatures.  It is expressed as a refusal to respond to our opportunities for growth, service or sacrifice. It is commonly seen as laziness to spiritual, mental, or physical duties, or neglect of family, business or social obligations or courtesies. It manifests as procrastination in doing disliked tasks or important commitments. It also is expressed as indifference or unconcern over injustice to others, and ignoring the needy, lonely or unpopular persons in our own family or the parish family, or in the neighborhood. It is an unwillingness to minister to them.

The above icon “Extreme Humility” can be purchased at Skete.com